The Accessibility of Music

‘In examining multiple musical genres, historical eras, and cultural contexts, The Accessibility of Music is a major scholarly achievement. Eisentraut’s presentation of ideas is exemplary, the writing is engaging and jargon-free [and] will thus be useful for all readers, regardless of disciplinary orientation, as it offers a robust method for appreciating and understanding in greater depth the music that surrounds us.’
Nick Braae University of Waikato, Hamilton, New Zealand
Popular Music and Society 31/7/2014

‘The Accessibility of Music is a remarkable achievement that surveys a wealth of material in a very accessible way.’
‘…this book deals with important and pressing questions, and it is a welcome contribution to the study of an undertheorised term.’
Evangelos Chrysagis University of Edinburgh
Popular Music / Volume 33 / Issue 02 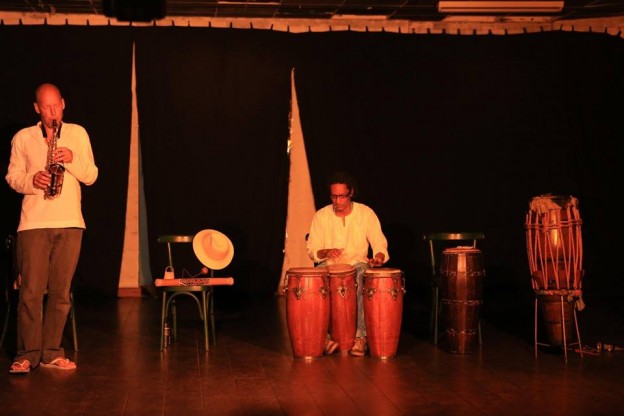 Ritmeloxá is the latest album from Jochen Eisentraut. This recording project was a collaboration between Jochen and percussionist Ubiraci Santos. Completed in Brazil in September the album uses a modal approach and is influenced by the rhythms and themes of traditional Afro Brazilian music and Candomblé.

Read more about the process and influences in this article:
Some thoughts on our album Ritmeloxá.