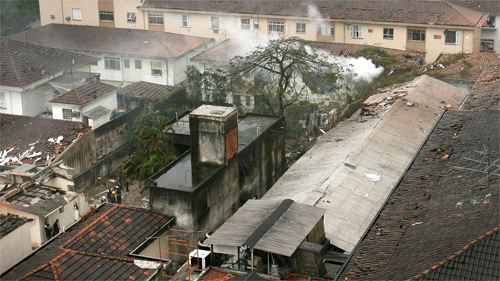 Campos crash site in the city of Santos

There was high drama in Brazilian politics last week with Sunday seeing the streets of Recife filled with mourners for Eduardo Campos, a charismatic presidential candidate in the current elections. An executive jet on which he was travelling on his 18 hour per day campaign schedule had crashed last Wednesday killing all on board. I really had not been taking too much notice of the electioneering until this point but this tragedy made me look more closely. I soon realised that Campos had caught my attention once before. When I was here in Brazil at the beginning of the year, a photograph in the paper, of a middle-aged man kissing a new-born baby had caught my eye. Alongside, Campos was quoted as saying; ‘Seja bem-vindo querido Miguel, voce chegou na familia certa’ – Welcome, darling  Miguel, you have arrived in the right family. Also reported was the fact that this, the fifth of Campos’ children, had Down’s syndrome. 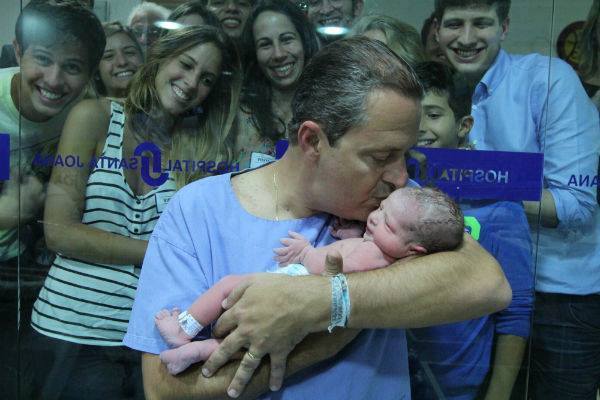 Campos with his baby in January

I cut out the article and tried to draw the father and child. It did not come out too well but I wrote the quote underneath in big letters and pinned it on the wall of my digs. I like drawing and the phrase was a useful bit of Portuguese to memorise, but it clearly touched me, too. Of course the cynical side of me wondered about whether the canny politician had calculated the impact of his words on potential voters, the majority of whom would, like Campos, be Catholic. And I was not  just thinking of abortion vs ‘pro-life’, but also of the unconditional acceptance and love of  a  parent – a father, and how that would resonate with millions, as it did with me, whether it corresponded to their own experience – or not.

The story has another side which is equally fascinating. Campos who was only likely to come third in the presidential race, had been the business-friendly candidate of the centre-left Brazilian Socialist Party (PSB). Unexpectedly he had chosen as his  running mate Marina Silva, a black woman from a poor background who now finds herself in at least her third political  party, having previously served in Lula’s Worker’s Party (PT) government and run for president in 2010 for the Green Party (PV). Apart from being black, green and red, she is also an evangelical Christian, having joined the Pentecostal Assembléias de Deus, a burgeoning and hyper-confident evangelical movement in Brazil. So, together, she and Campos ticked more boxes than Germany scored goals against Brazil in the World Cup. It now looks as if Silva will take over as the PSB’s presidential candidate, pitching her against the incumbent, Brazil’s female president Dilma Rousseff, and the likely runner-up, the more conservative Aécio Neves (PSDB).

Apparently Silva had been due to travel on the same plane as Campos on the fateful day, but decided to take a commercial flight instead. Again, the cynic in me is asking; did she join the Assemblies of God to garner the Christian vote? And, will some of those 10 million or so evangelicals now believe that a higher power wants her to win?